Our new boat, the Lady D, is a 35` T Jason with a 440hp Yanmar diesel engine that travels up to 20 knots for an exciting ride out to see the gentle giants. We like to leave early and get out to the whales before the whale watch boats get there. 7am or earlier is the best time for whale activity. This vessel has a stand up bathroom. 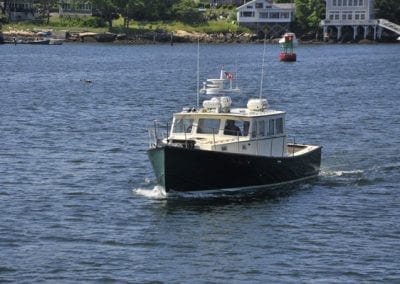 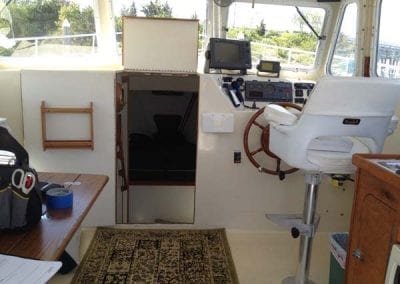 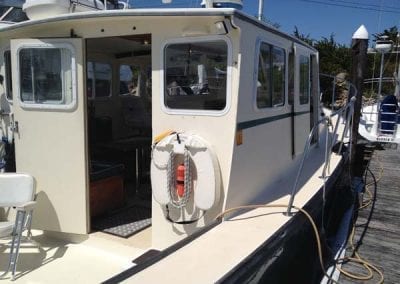 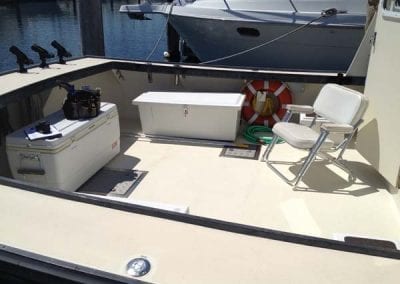 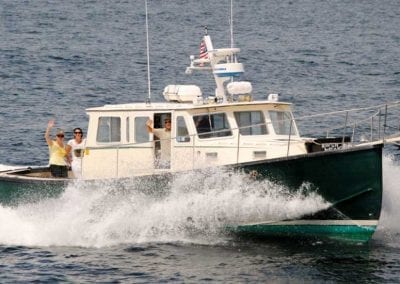 A commercial sword fisherman and herring seiner from 1970 to 1983, Nick Danikas became a coast guard licensed captain in 1983. Nick has owned and operated his own commercial whale watch companies since then. Nick has personally led hundreds of fishing charters and over 5,000 whale watch trips. Nick has over 30 years experience fishing off of the Massachusetts coast, fishing for striped bass, tuna, bluefish and other species along the shores of Cape Ann. Cod and Haddock bottom fishing is consistently productive from April through November.